Updated the color of the "orange neckline" on the Bucco Bruce logo per Larry Schmitt. 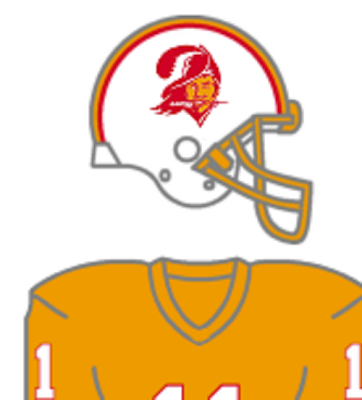 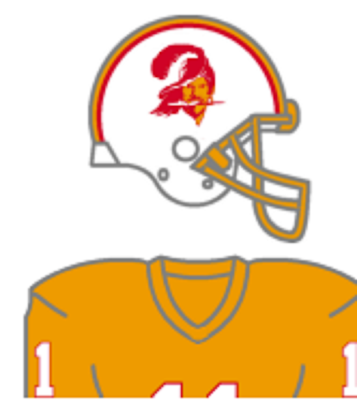 Made following adjustments to the Saints after discussion spurred by mention in August 24 Uni Watch column about a DIY project which referenced the "skinny numbers" and the "fat numbers" worn by early Saints.

1967 - Removed single-white-helmet-stripe combos.
- Replaced them with thin-number-font combos.
- stripes appear to be same for both jersey sets.
- will use thin font for match-up singles with note about other font
1968 - made all jerseys thin-number-font
- any differences in sleeve stripe size to indiscernible to do anything about it.
1969 - adjusted sleeve stripe pattern on 1-color numbers black and white mesh jerseys
- widened sleeve stripes on other jerseys 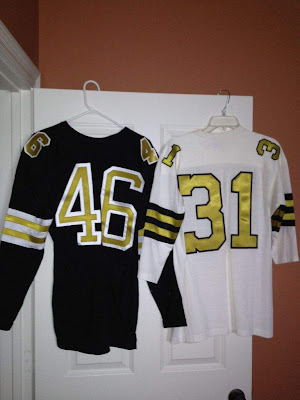 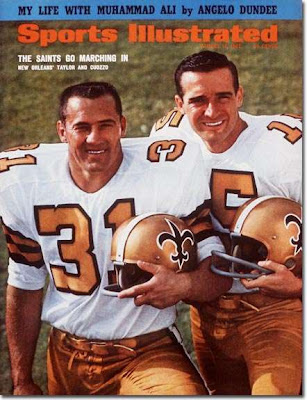 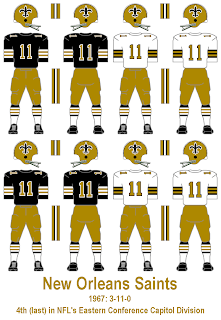 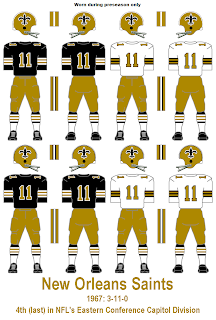