The "Week 2" New York Yanks / Detroit Lions game was moved from Yankee Stadium to Briggs Stadium in Detroit. The Yanks were allowed to play as the 'home'team despite the location change. Newspaper article from the Traverse City Record-Eagle states that the Lions would be wearing red uniforms as opposed to their normal blue. Adding the 1951 Lions' red combo. 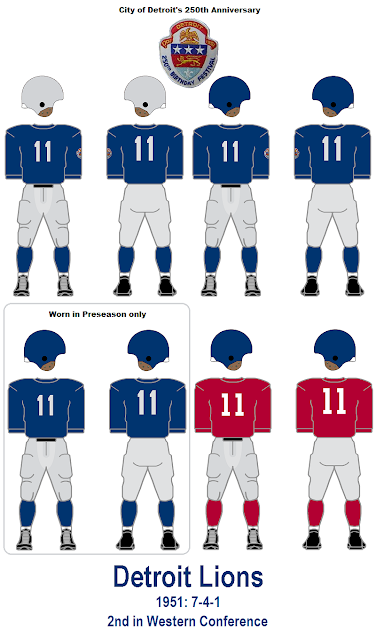 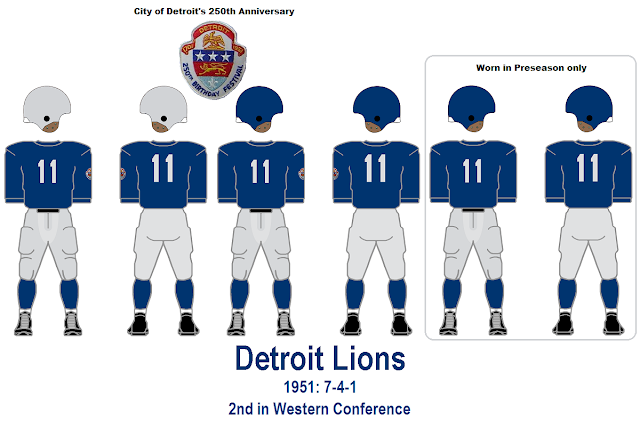