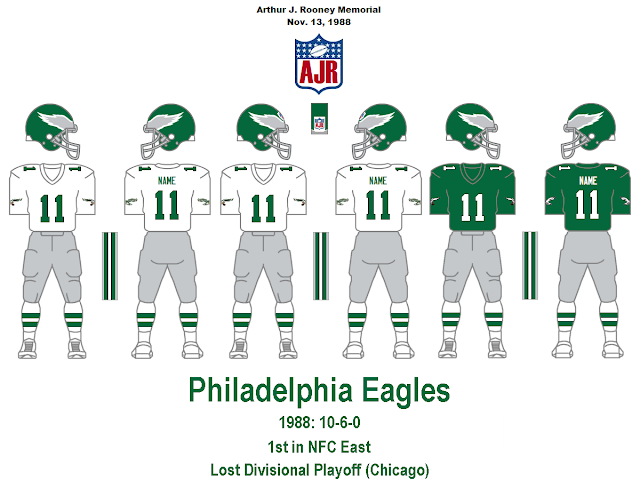 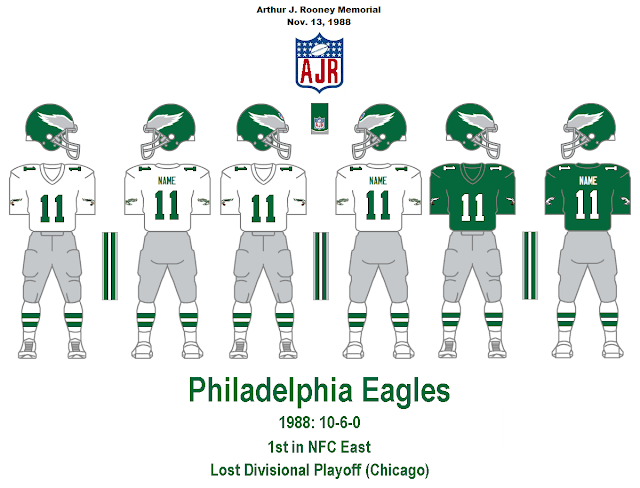 from email from John Steffenhagen:

"...The Rochester Jeffersons had only three official uniforms. During the period of around 1905 through 1913, some of the players had a "J" on the jersey. Around 1914 till 1919, the team wore the "Jeffs"  across the jersey. Those were the semi pro years. In 1920 to 1925, the NFL years, the team wore the plain red jersey you described. So no, the Jeffs script jersey was never worn in the NFL, only the red one with white stripes." 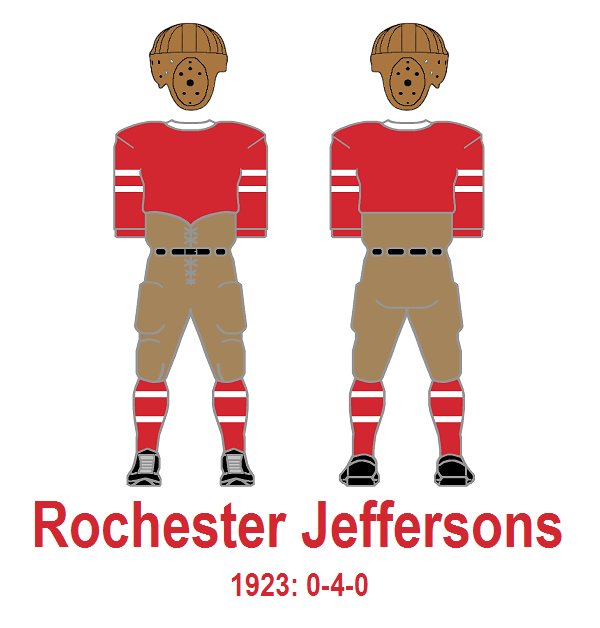 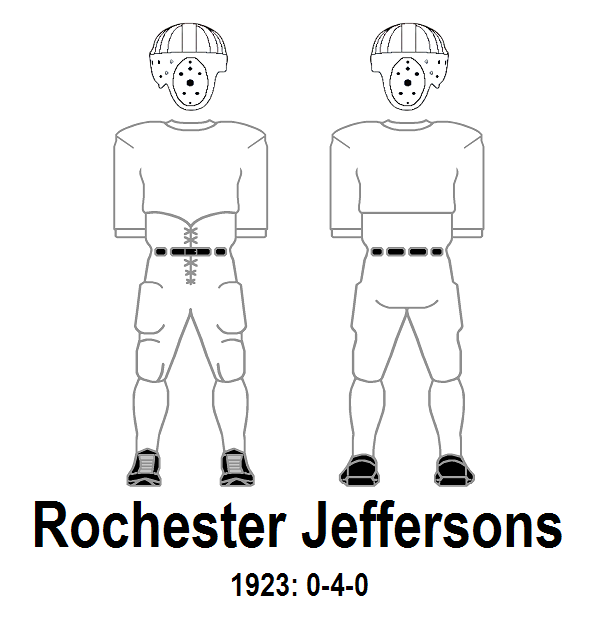 1969-75 - All striped white jerseys had Packers-style striping.
Crew necks were worn up through and including 1975 for all sleeve stripe patterns.

1976 - Champion went to a mitred (normal) V-neck, plain burgundy V on the burgundy jersey and B-G-B on both the Packers-striped and equal-striped white jerseys.

1977 - the flat-bottomed V appeared on the Packers-striped versions for 1977. Some '76 versions with the normal V on the equal-striped jerseys were still worn. Still plain V on burgundy jerseys.

1978 - the equal-striped jerseys were replaced with the separated stripes that had the Giants-style crossover collar. Again some Packers-style striped jerseys from '77 were being worn with the flat-bottomed V. Burgundy jerseys still had normal V collar. 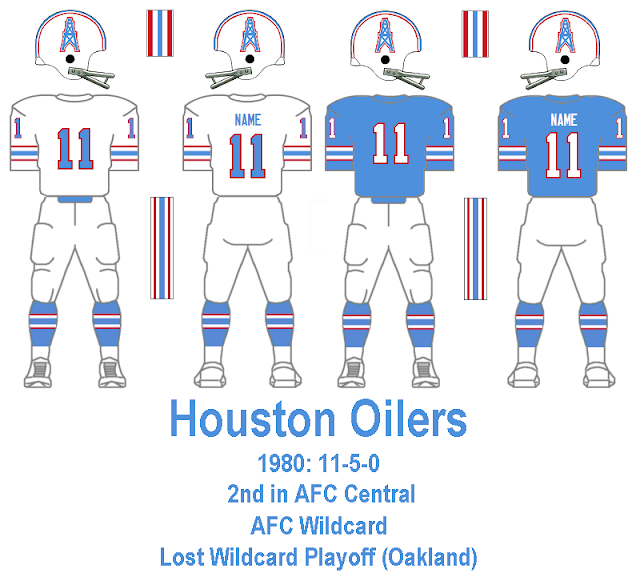 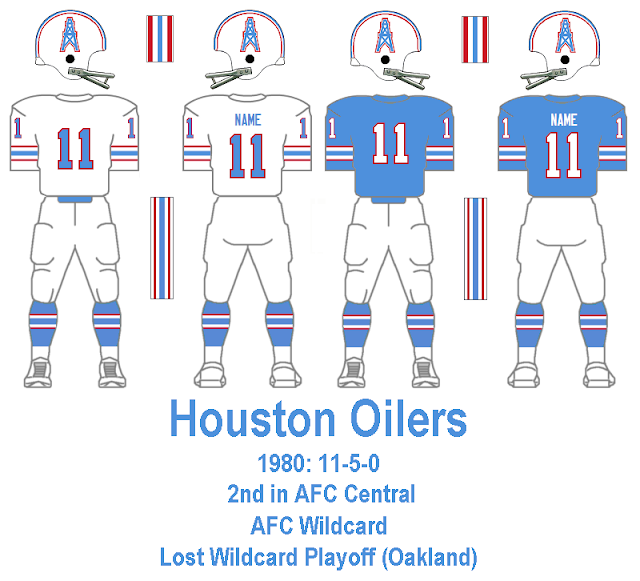 Last time I 'fixed' something for this I mistakenly put stripes on the socks of a couple o' pairs of uniforms on the '75s. Supposed to be solid green. 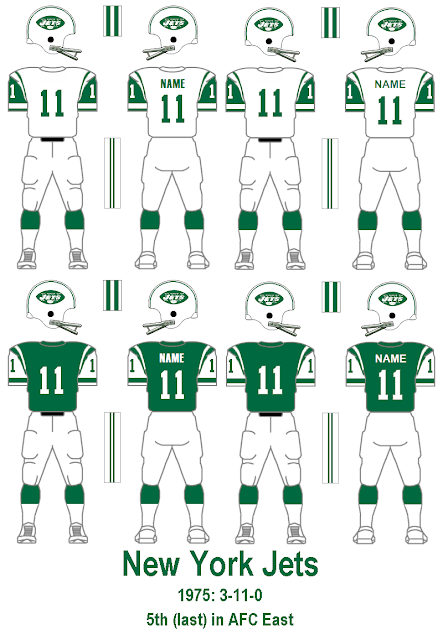 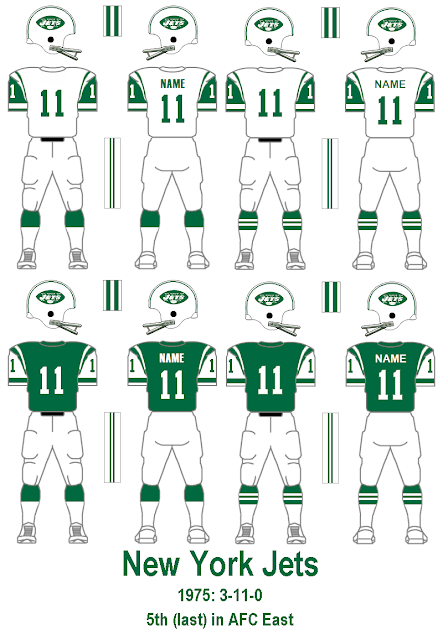 From Jeff Miller at PFRA.

Later photo were supplied however they were unclear as to the year and design of the uniform and we will be holding off on those until future confirmation can be achieved. 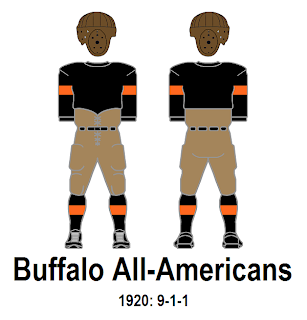 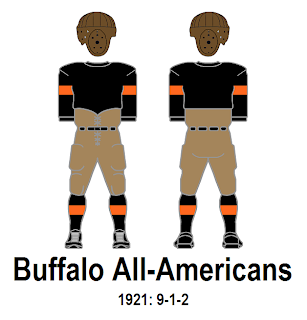 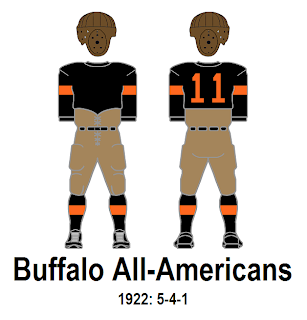 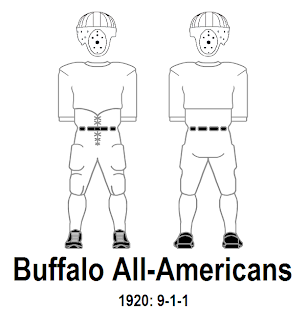 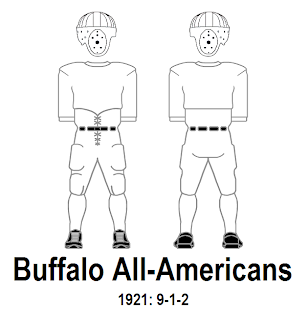 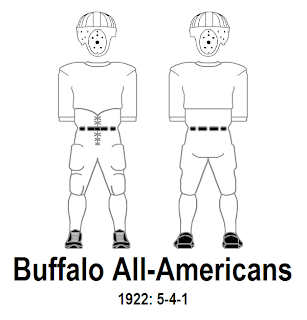 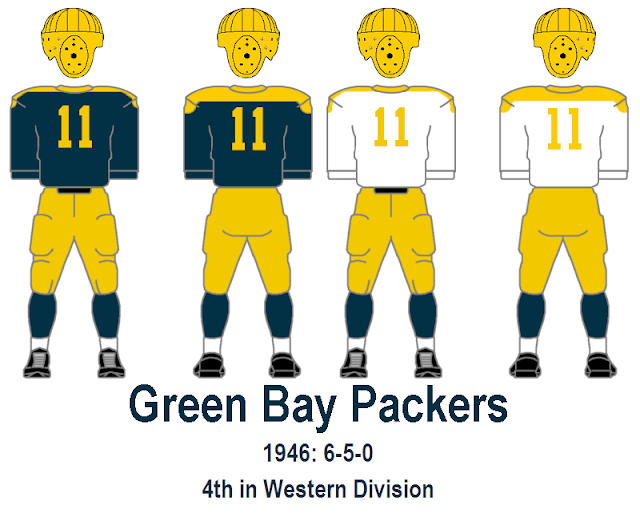 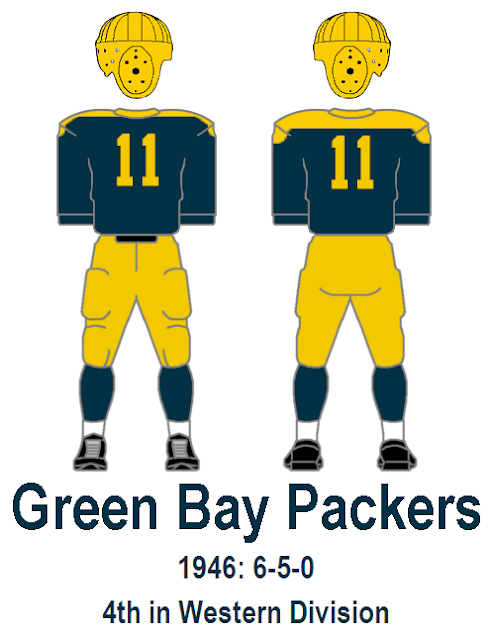 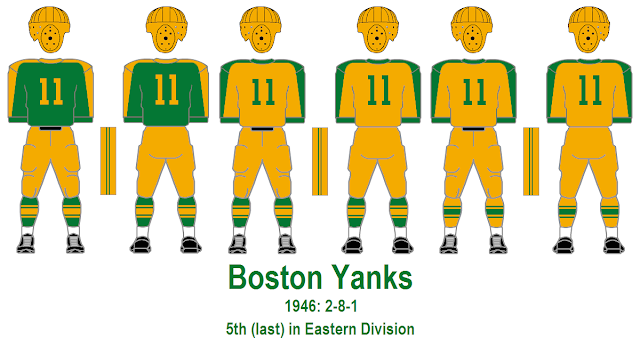