Based on screenshots from T.J. Troupe and Matt Reaser from a newsreel as well as a photo from the Cleveland Plain Dealer supplied by Brad Sullivan, we were able to confirm that the Browns wore orange jerseys for their Saturday Night regular season game on October 10, 1953.  This was the only regular season game that we had believed they wore brown jerseys in, so we changed the brown jerseys to a "Preseason Only" combo, as we believe they did wear the brown jerseys in a game on August 28 at Los Angeles.  We already had in the database that they also wore the orange jerseys for a September 19 preseason home game versus the Green Bay Packers. 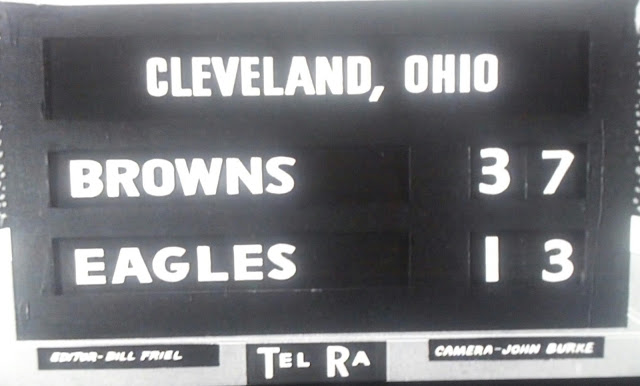 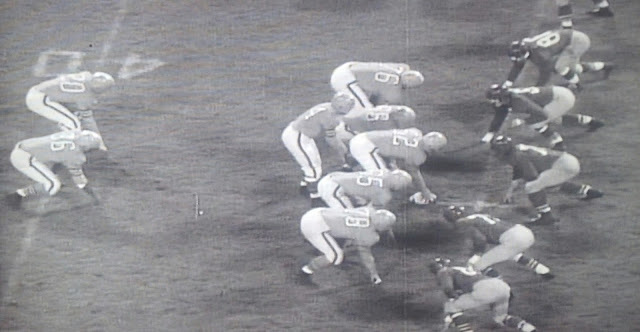 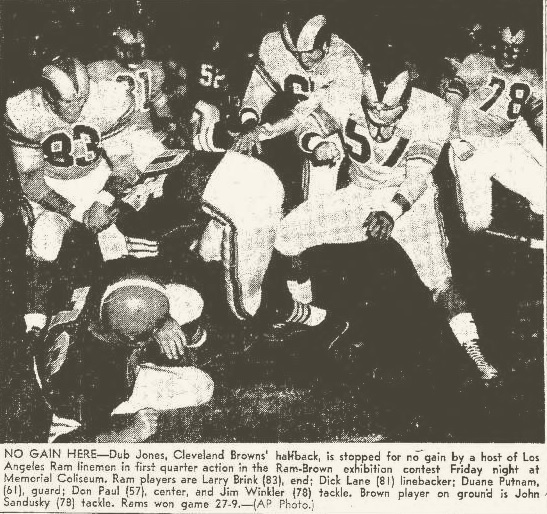 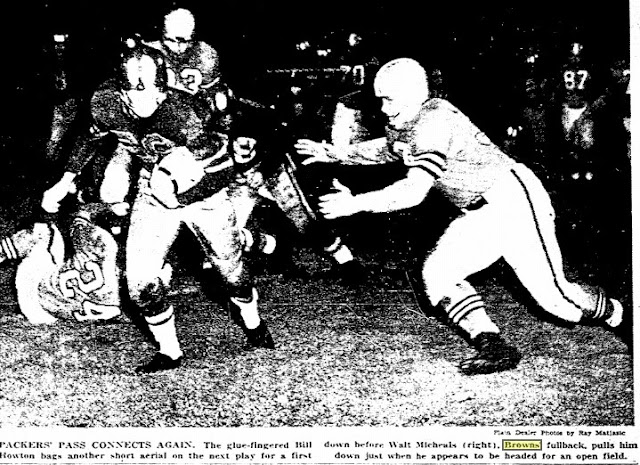 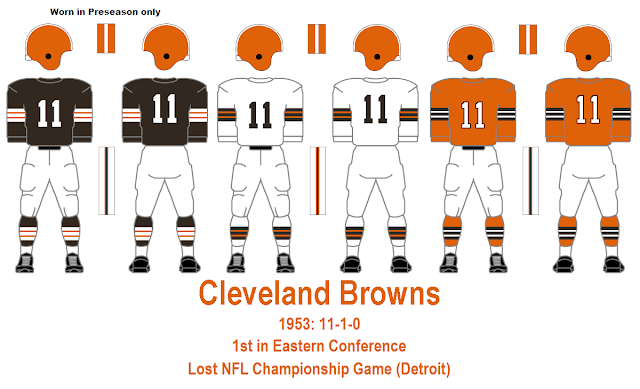 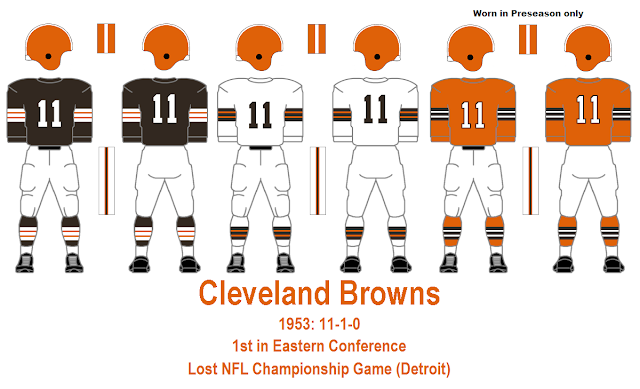 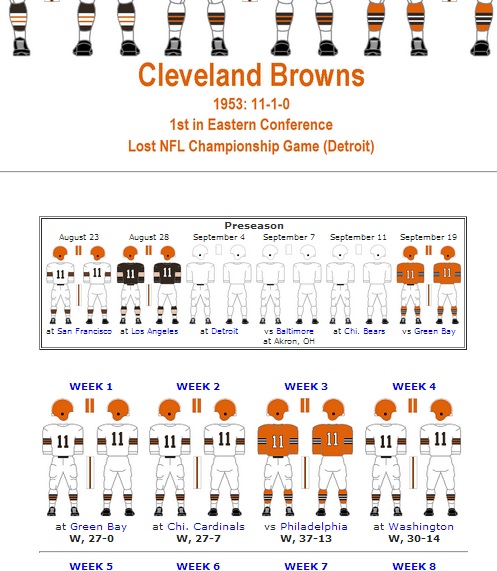 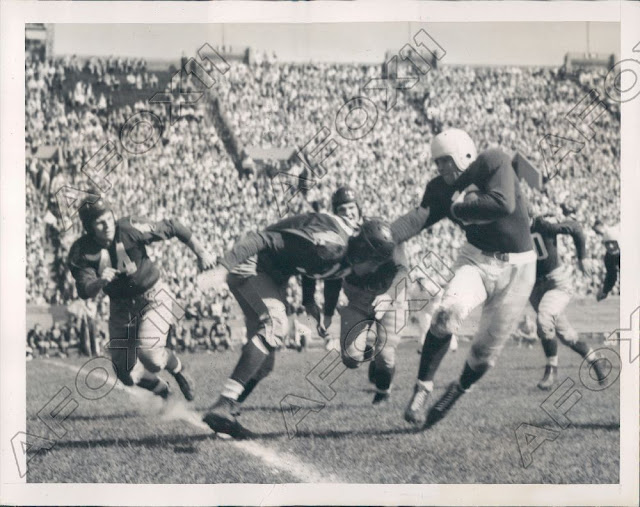 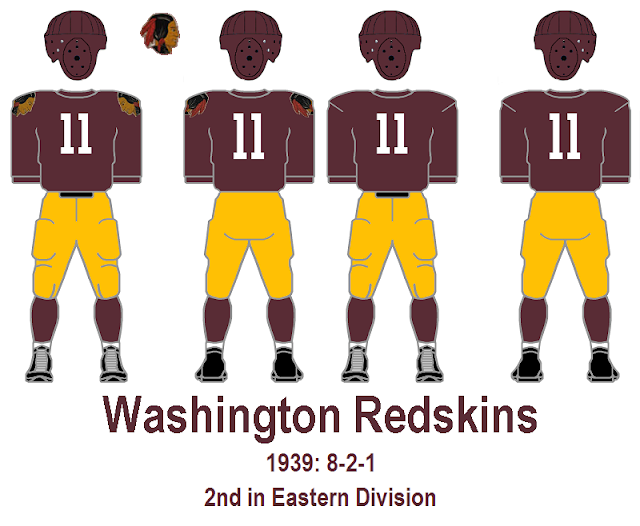 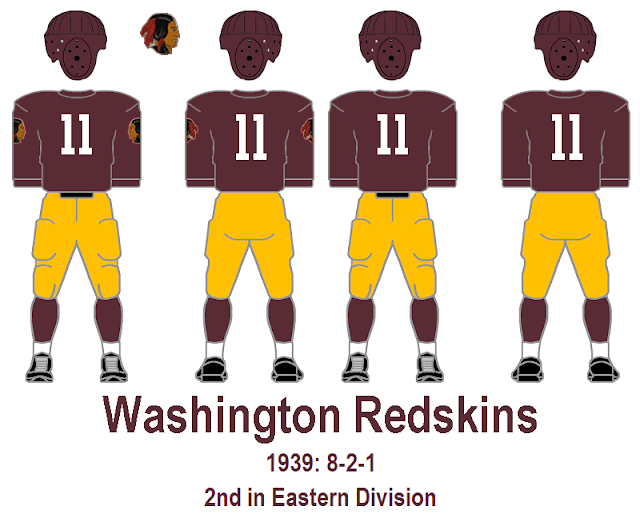 Made the pant stripe wider (non-throwback pant only) per Larry Schmitt & Bill Schaefer. 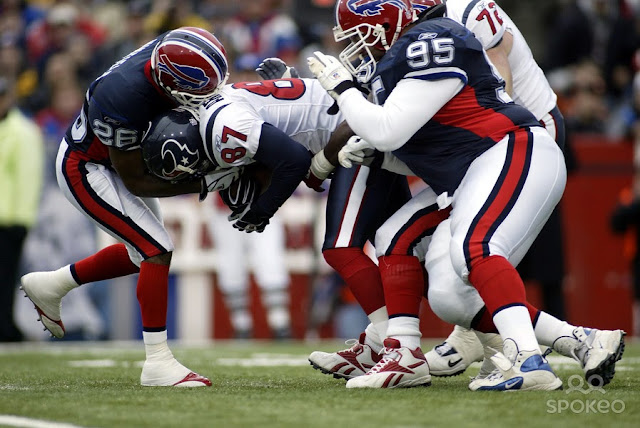 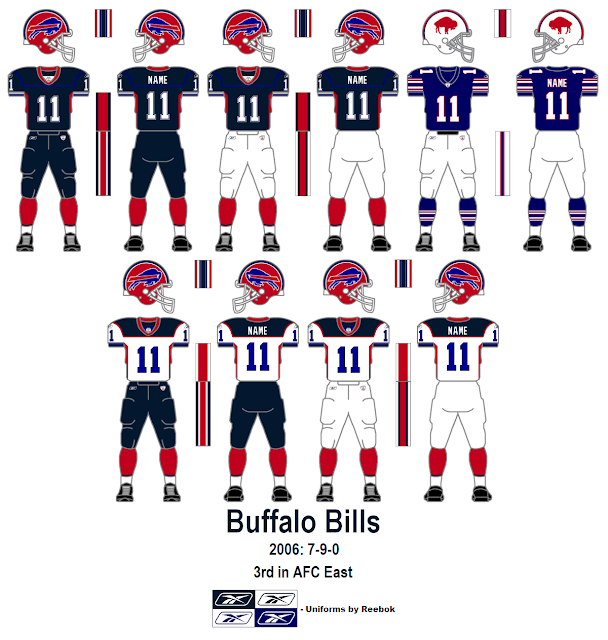 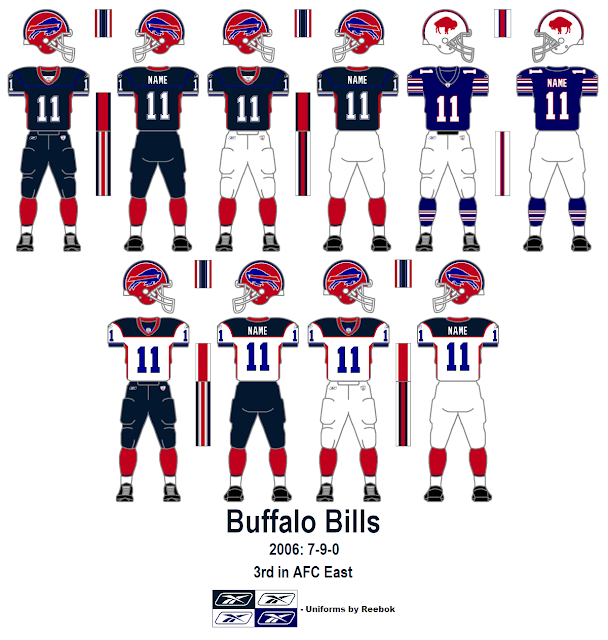 Added Starter manufacturer logo per Mako Mameli in the forum. 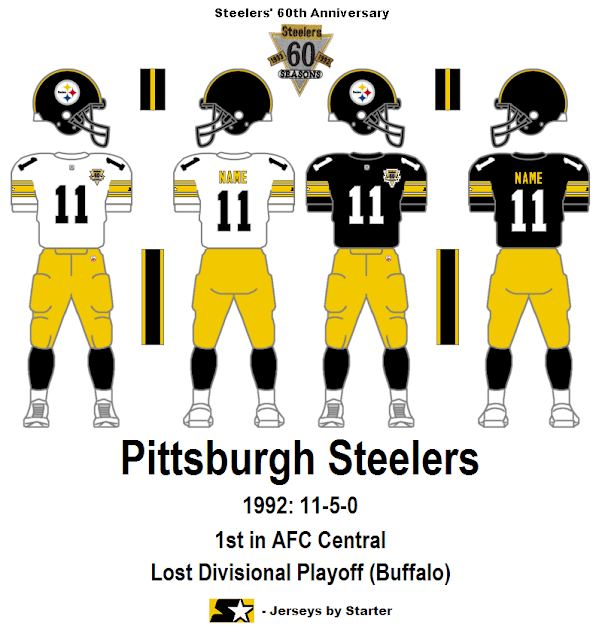 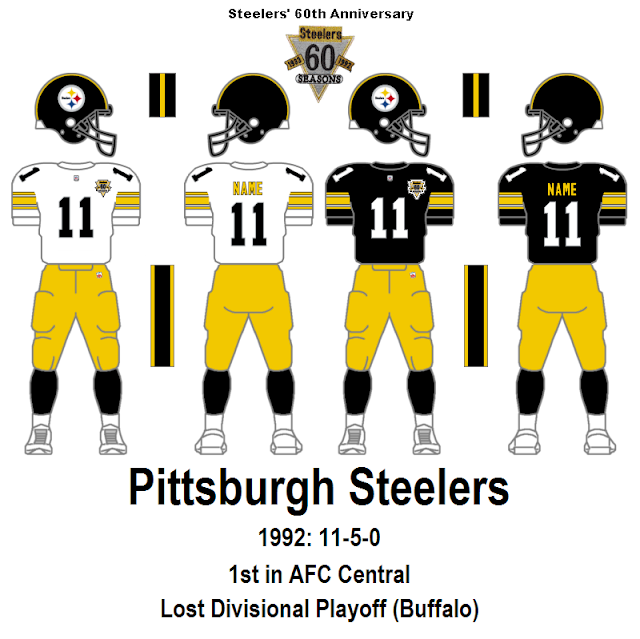