Added preseason only white/white combo, per email from Brad Sullivan:


While I'm sure this forgettable team is down the list of get-to's, they did make a radical change to orange pants. However, I discovered that they wore white-and-white ONLY for the first exhibition game in San Fran (see attachment) on 8/10. After that, they broke out the orange pants as noted in the 8/16 Cleveland Plain Dealer: "The new-look Browns will wear their new orange pants for the Stadium bow tonight." That game was against the Eagles and they wore brown jerseys. As far as the last four games of the exhibition season:

Also added the team page for the 1975 Cleveland Browns. 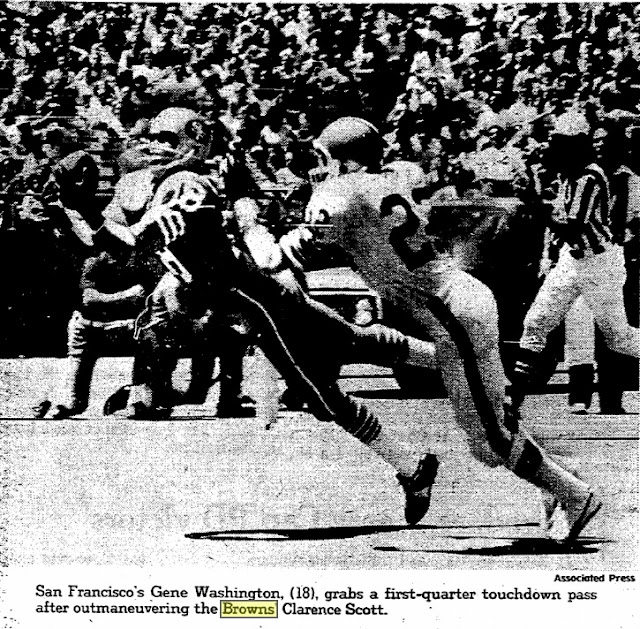 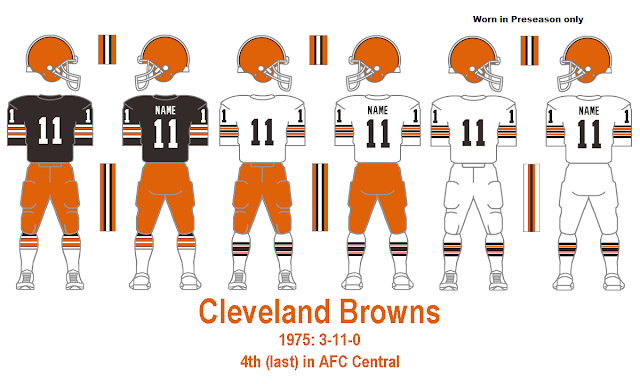 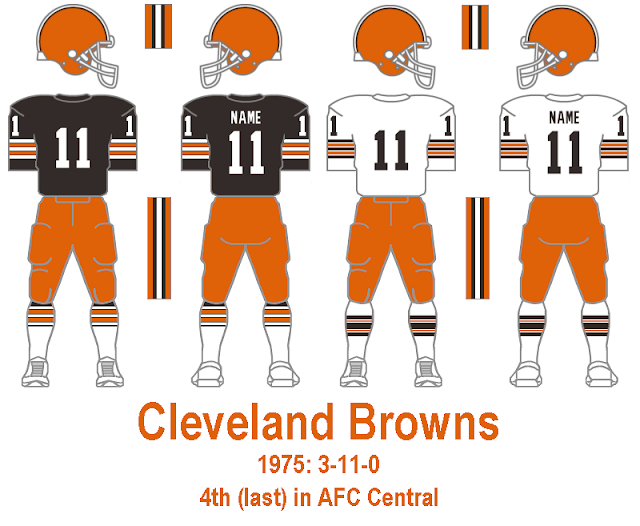 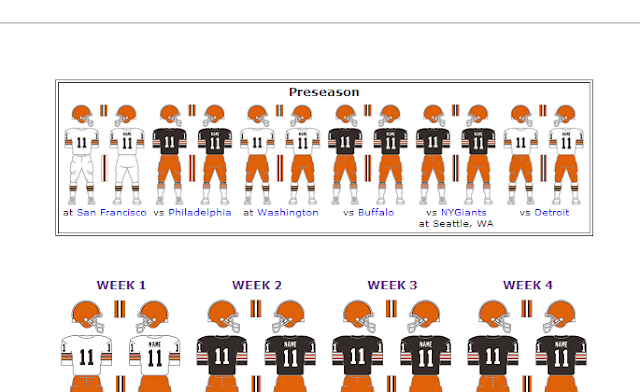 Following up on previous change, we heard from Brad Sullivan who reported the following:


In the 8/19 game at Miami, they wore their white jerseys, but I can't tell if the uni's had stripes.

The 9/7 home game vs. San Diego had them wearing the purple jerseys WITH stripes.

So apparently the Vikings didn't wait until the regular season to debut the striped jerseys after all. 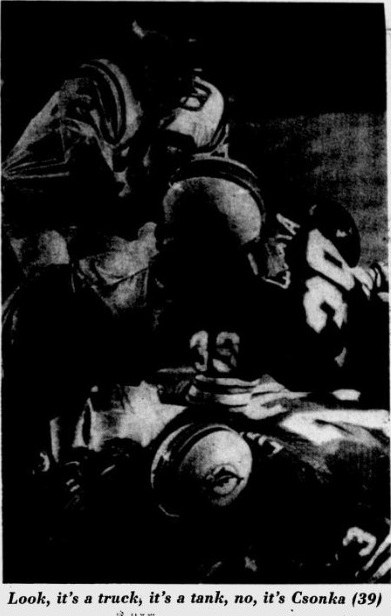 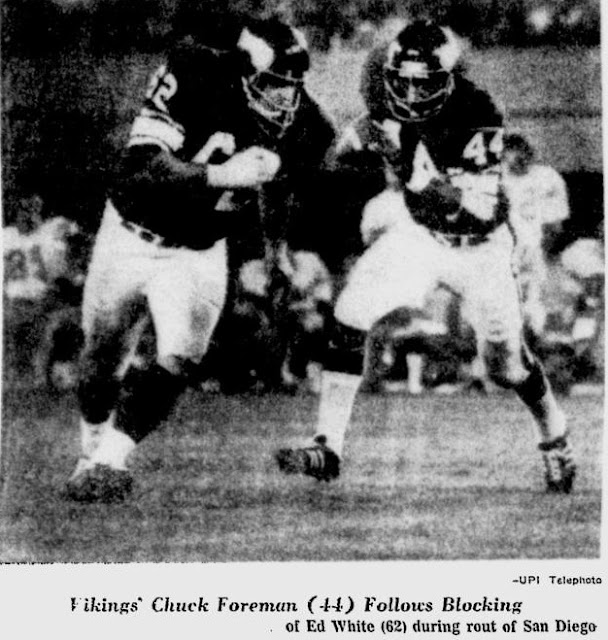 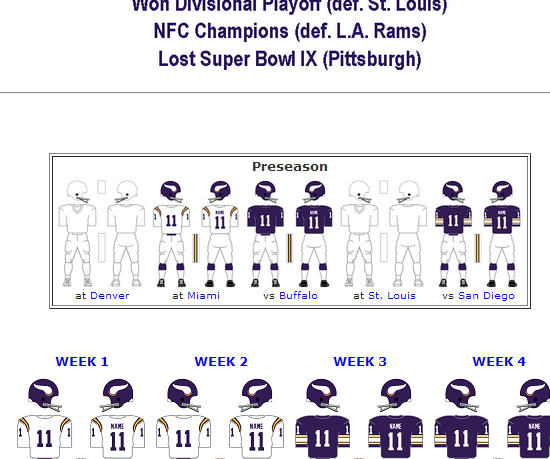 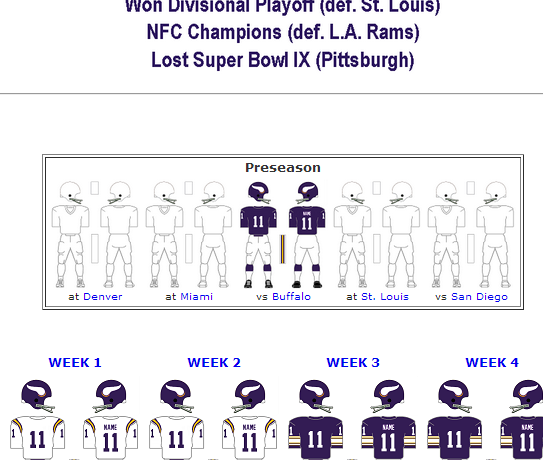 Corrected a minor misspelling on the graphic. 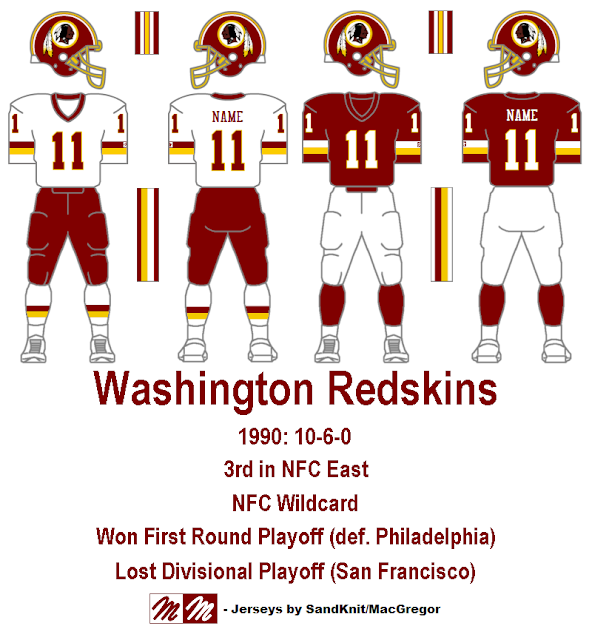 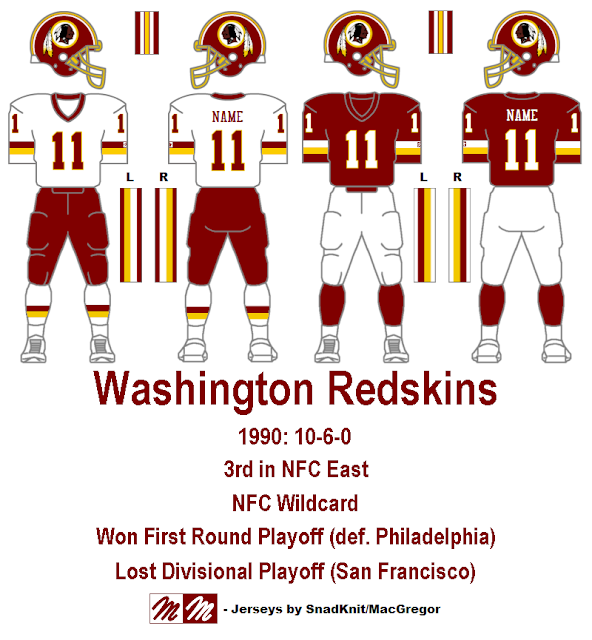 Added 1973 purple jersey with no sleeve stripes for August 25, 1974 game against Buffalo.  This was sent to us by someone who wants to remain anonymous and apparently doesn't want to have his name associated with our site.  We again remind you that unless you tell us that want to remain nameless, we will assume you aren't ashamed of our site and will give you credit here in the update section.

This is another example of teams that unveil a new look at the beginning of the regular season, so many times teams will use a previous season's style in the preseason before debuting a uniform change.  If you have any other examples of this that we don't have included on the site, please let us know.

We went ahead and added the team page for the 1974 Minnesota Vikings to keep track of this preseason discovery.  If anyone wants to research this or any other old time preseason game uniform combos, send them in! 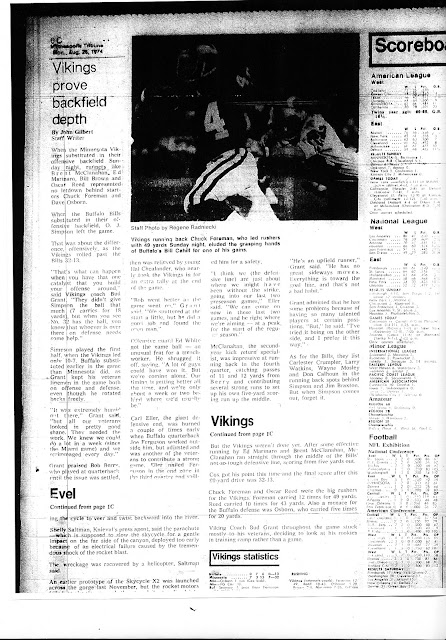 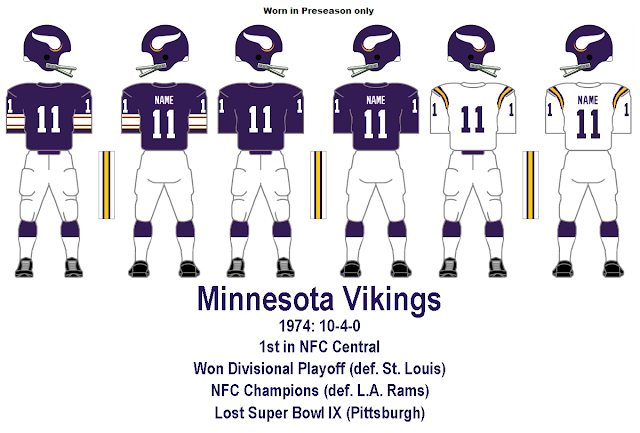 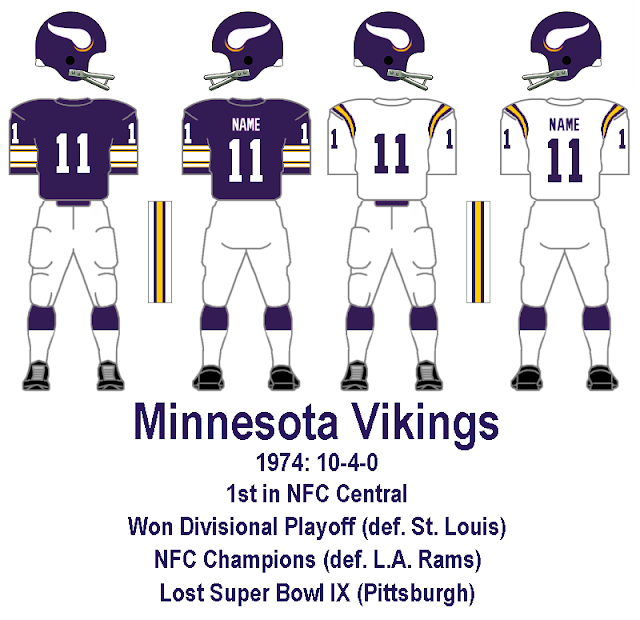