Like the Bears, the Packers intermixed grey and dark green facemasks for their 1959 and 1960 seasons. 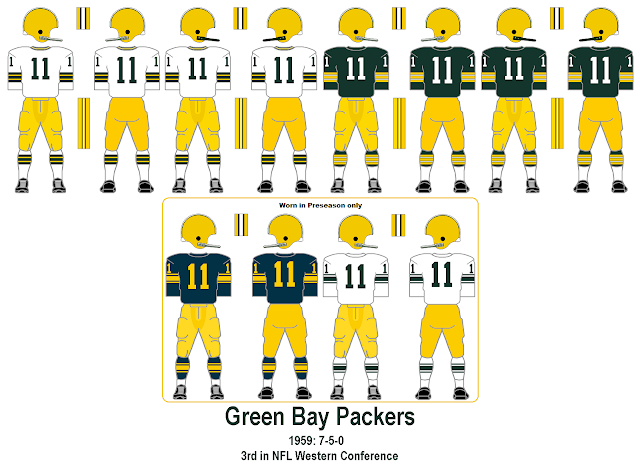 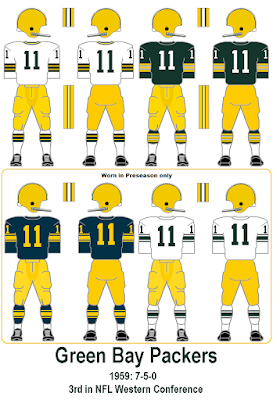 Courtesy of Leo Strawn who noticed that the Bears wore a mix of grey and black/navy facemasks in the 1956 NFL Championship Game in New York. Further research shows this was a pattern throughout 1956 up through 1959. In 1960, the Bears would switch to the predominant use of the so-called white "Bears' bar" facemasks for the entire decade of the 1960s. 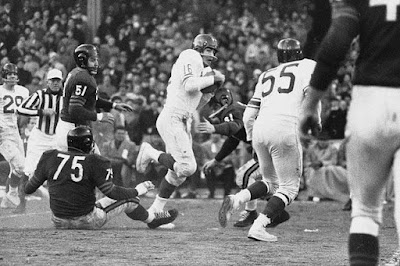 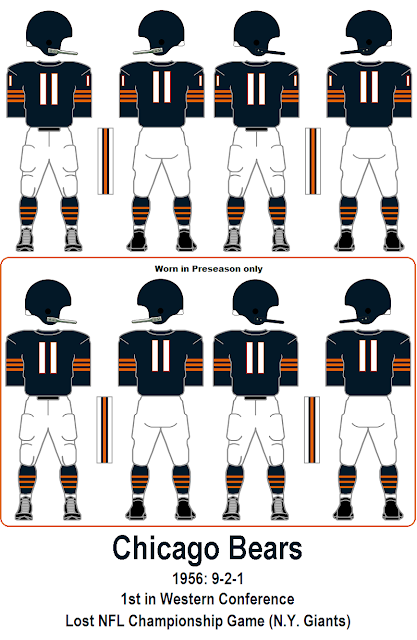 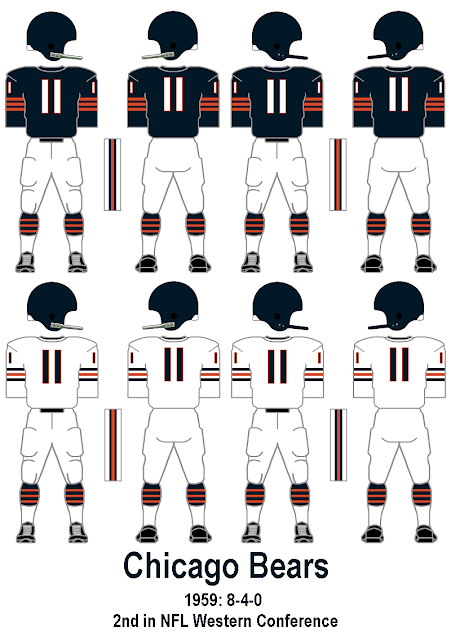 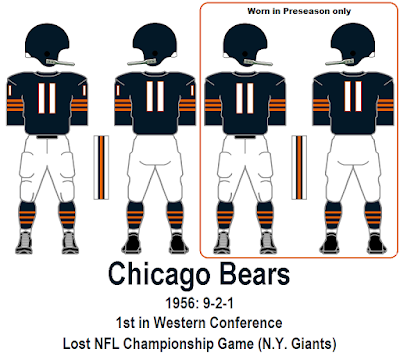 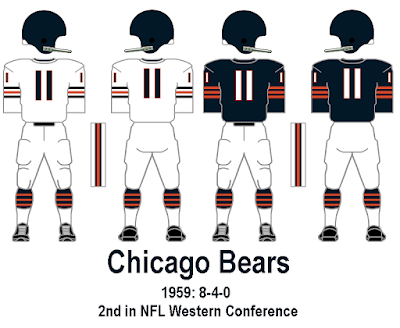