Photographic evidence has surfaced that not all of the Redskins had the 'NFL50' patch on the left shoulder of their 'stripeless white' practice jerseys worn for their game in New Orleans.

The video clip embedded in the following tweet shows receiver Charley Taylor making a TD catch. As he rolls to the ground in front of the official, his blank left shoulder can be seen. 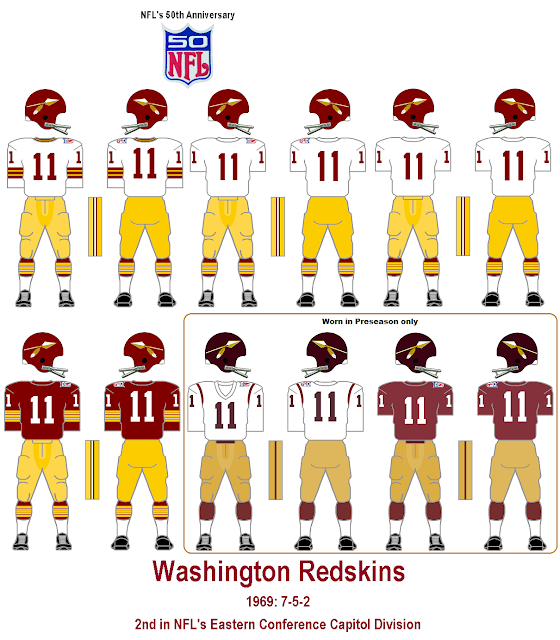 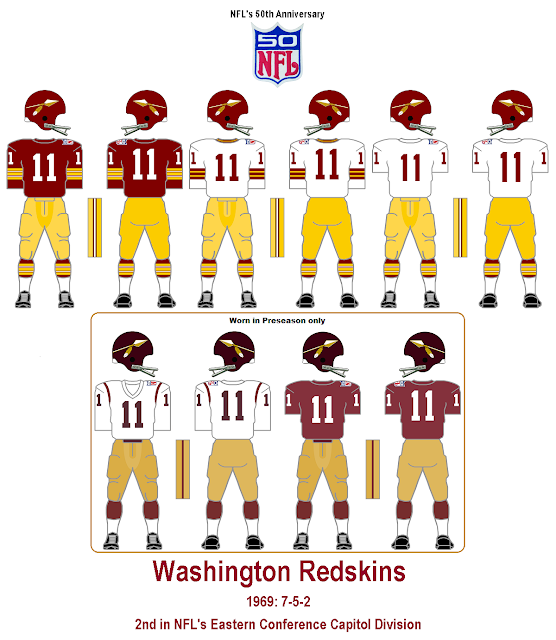