Already knowing the design of the Brecks' jerseys, we were only missing one clue...their color.
Courtesy of the Louisville, Kentucky, Courier-Journal from 10/28/23 describing the action from a game played the previous day against Dayton...

"After battling without much gain for either side, Dayton opened an aerial offensive in the second period. A couple of short passes, followed by a long one, put the ball across the Breck goal. A trick in the Koor matchup was the wearing of red jerseys by the ends while the remainder of the team wore purple. It served to confuse the Breck defensive players on the passes as the Brecks all wore red." 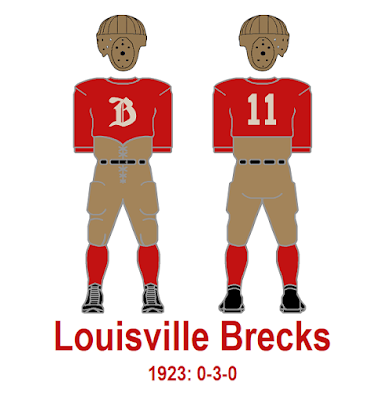 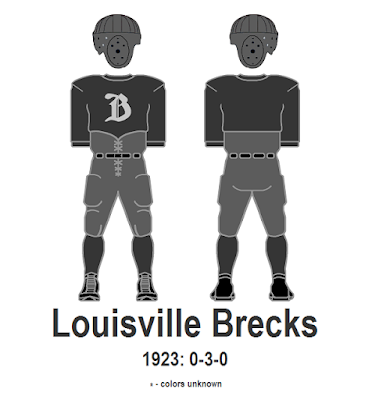