On page 316 of Michael Benter's book on the Milwaukee Badgers, it notes that the 9/23/26 Milwaukee journal reported on coach "Johnny Bryan's Maroon jerseyed pros."  The book says that that color matched the University of Chicago maroon color (Bryan's alma mater).  It also says that it was a change from the "dark orange" of previous years.  That year (1926) also had a change of team ownership/management. 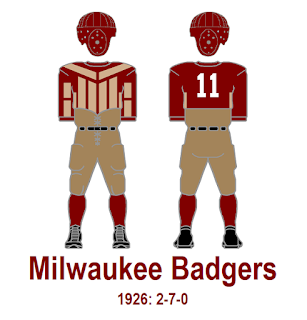 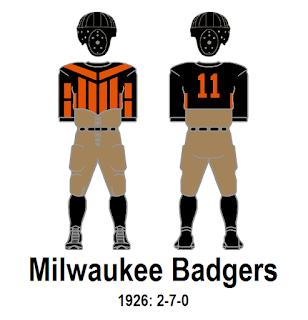 "(Oiler) Guard Hogan Wharton once said of (Head Coach) Rymkus: 'Lou had a phobia about looking unprofessional.' If Wharton's assessment was accurate, Rymkus was ready for the psychiatrist's couch after the (August 6) Tulsa trip.
The nightmare began when a dozen Oiler jerseys were stolen from the locker room prior to the game. Apparently, a Shrine official had forgotten to lock the door after Houston's Friday-night practice. When equipment manager George Greene broke the news to Rymkus, the coach exploded. After the torrent of profanity subsided, Greene was thankful that his life had been spared.
A chagrined Rymkus trudged to the Dallas locker room. Hearing the Oilers' predicament, Coach Hank Stram, whose Texans were wearing white, offered the use of his team's home jerseys. When the Houston Oilers made their football debut, forty-two players were wearing Columbia-blue jerseys, and the remaining ten players were wearing red."

The August 6, 1960, game during Preseason Week 2 has been changed to reflect this event. 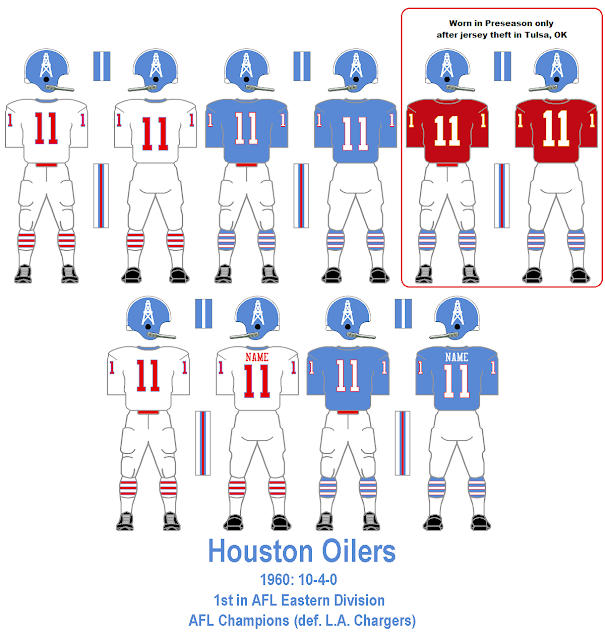 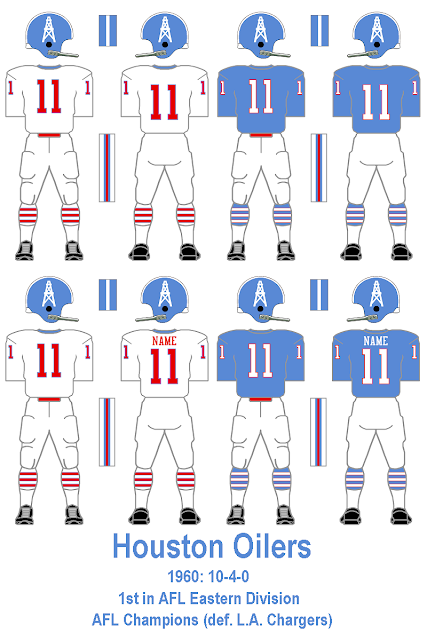