Fixed error on the combo presented pointed out to us by Larry Schmitt. 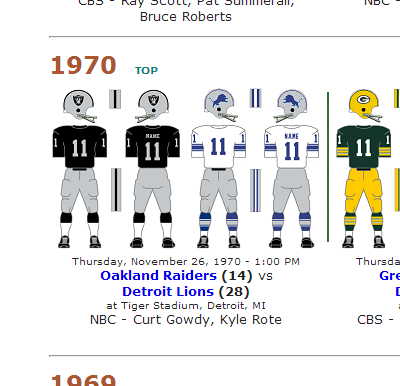 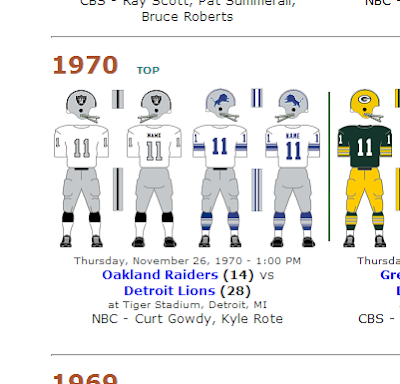 Based on this picture from December Heritage magazine auctions: 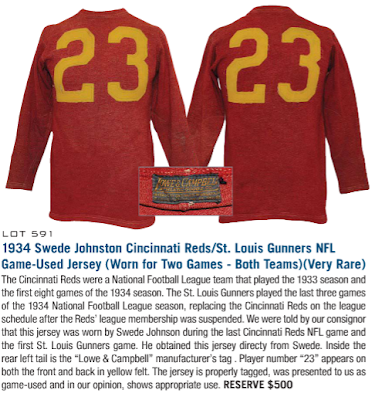 "From my prior research at the LOC, I was able to confirm that - contrary to the narrative - the Gunners never wore this jersey for their three games in the NFL. They wore the white cannon jersey for all 3 of their NFL games." 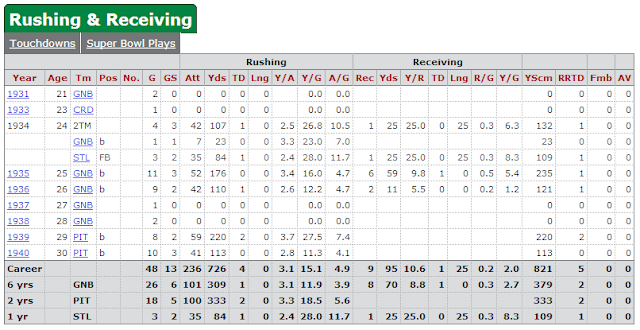 "This is Swede's profile on PFR. While it does list him as playing for the Reds in 1933, it shows him playing one game for the Packers in 1934 and 3 for the Gunners. Hmm."

"I was unable to find any game action photos for the 33 Reds. The Cincinnati Enquirer featured several posed pics of the Reds in their red and white helmets and red jerseys with white numerals. For now, I will stand behind those unis as what they wore until I/we are able to uncover actual and clear game shots."

The jersey in the auction is obviously red with yellow numbers. Off the top, I know of two games where we found pics of the Reds; the early season game at Pittsburgh, where they are clearly wearing red jerseys with white numbers, and their last game before folding, the game in Philadelphia (Phila. Inquirer), where the Eagles edged the Reds, 64-0. The Reds are definitely wearing very dark (red) jerseys and pants, with numbers that were almost as dark as the jerseys. This pic would seem to indicate that the Reds did - in fact - switch from white numbers to yellow numbers somewhere along the way. As a side note, the Reds folded and the NFL was able to get the Gunners, an independent pro team, to agree to fill out the remaining Reds schedule for '34. The Gunners then in 1935, resumed their status as an independent pro team." 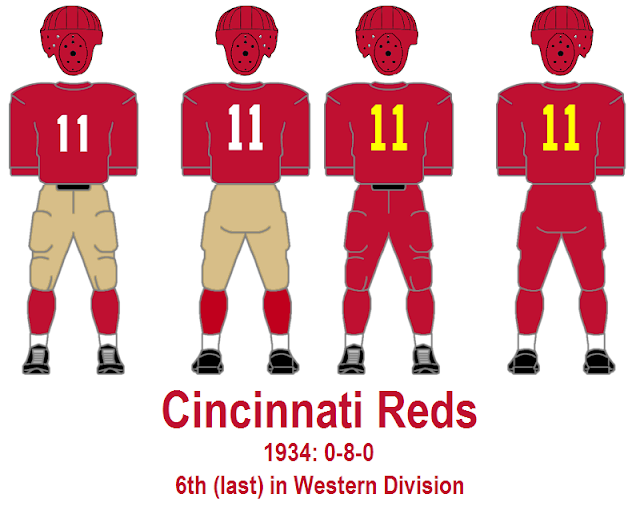 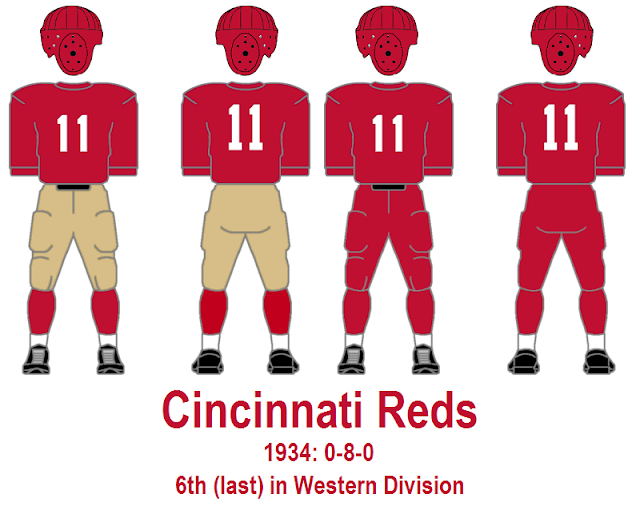 Slightly modified the number font and outline based on the following email from Chris Fraleigh:


I would like to bring to your attention a small, overlooked detail in the 1995 Philadelphia Eagles Uniforms that most people have not noticed. As I am sure you know, the Eagles wore essentially the same uniforms from 1985 to 1995. However, during that 1995 season (the year before they switched their colors over to teal) slight modifications were made to the number design on the jerseys. This is most evident in the white "away" uniforms from that year. The black borders around the numbers were made much thinner than the uniforms from the previous 9 years. In addition, the Kelly Green coloring on said numbers is lighter/brighter than in the seasons prior. Also, the numbers on the shoulders are thinner and smaller than they were before. If you compare pictures/footage of the Eagles from the 1995 season with the 9 seasons prior, this becomes evident. I hope this information helps.

Due to the size of our graphics the modifications are very slight and almost imperceptible.  In the case of the 1995 Eagles, it was a matter of only 1 pixel.  We are unconvinced of any color variation between the 1985-94 Eagles and the 1995 Eagles, but will continue to research the matter. 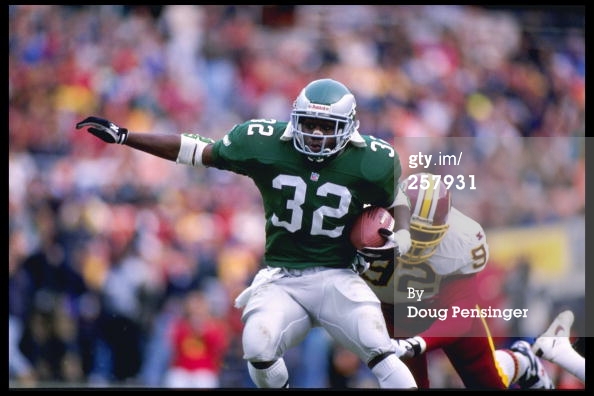 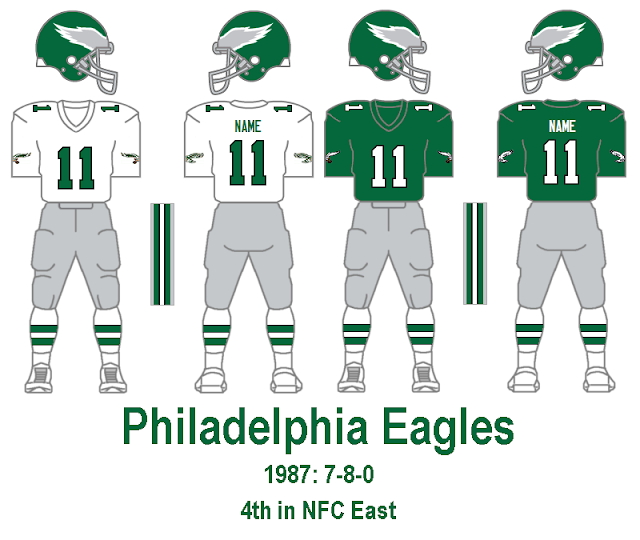 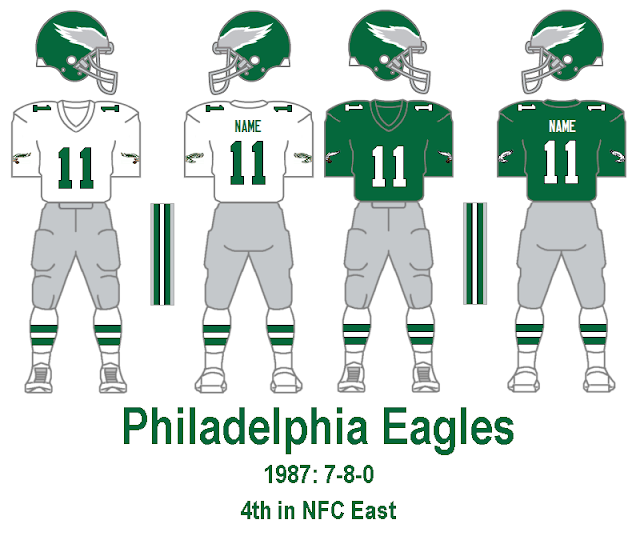 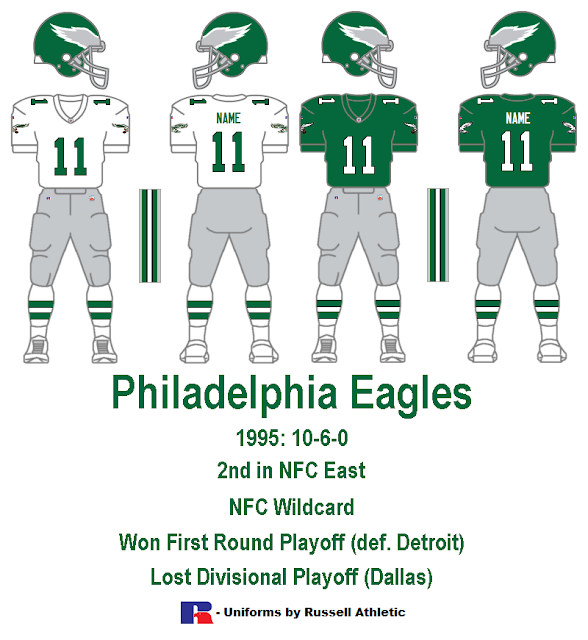 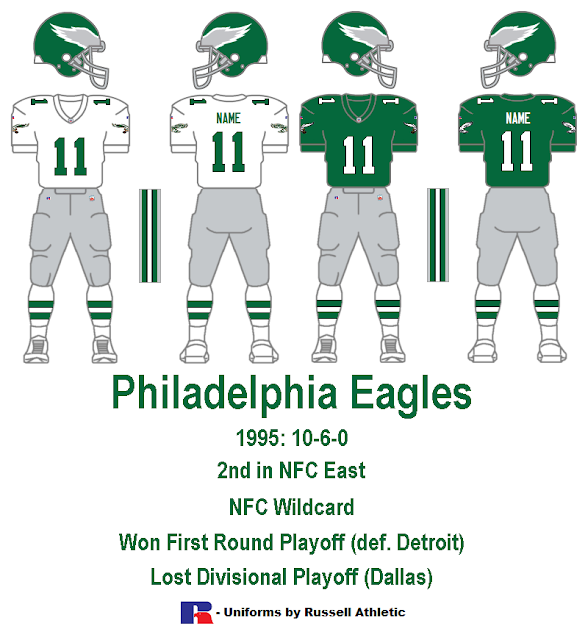