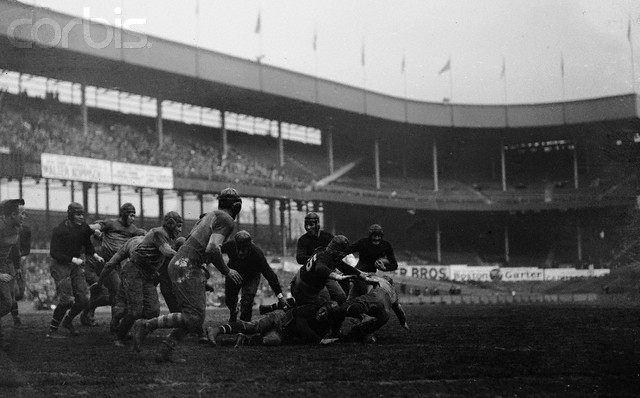 This photo must be the Cleveland Bulldogs.

Couple o' things of note...
...notice how the white torso band creeps up the back to where a nameplate would be 45 years later...
...also on the Bulldog trying to tackle the ball-carrier at far right you can clearly make out a "3" that is huge - nearly taking up all of the white space on the back...
...socks are only visible on the bulldog closest to camera...
...went with maroon and white as that's what we used in 1927 and that's all Colorwerx had for the Bulldogs."

"I agree that it's Cleveland. BUT, I think the torso band is equally the same height on the front as on the back. There's a player on the left facing front and you can see how high the band goes up his chest.

Are these white? The jersey and sock bands are not nearly as white as the Giants back numerals. Cream perhaps?"


"I'll meet you halfway.
I'll go with the cream color instead of white - I was basing that on Colorwerx.
But no, the front of the Bulldog at far left, his band ends below his pecs.
The two Bulldogs closest to the camera have the back of the band going up from the armpit to a point over the shoulder blades." 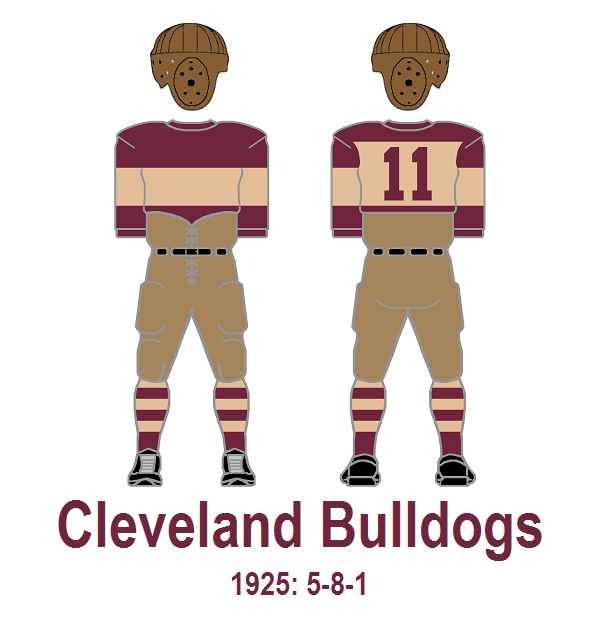 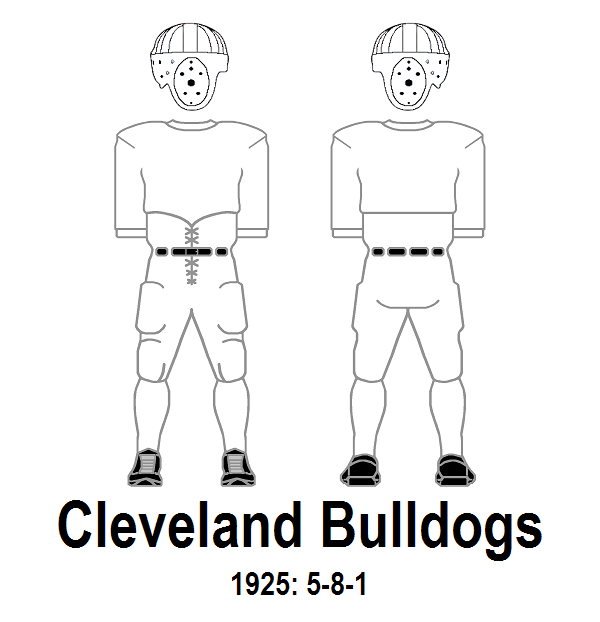