Confirmed that the red combo was only worn in the preseason, hence the 'Preseason Only' tag added to the yearly image.  Also corrected NOB font to a sans serif font from a seriffed font.

Email from Tim to Bill:


When I was tipped off by PSD on the506 forums regarding the fact that the 49ers wore white for the entire season in 1976, I dug into the newspaperarchive database to confirm. And, yes, the Niners did go white for the full regular season in '76. The change was made to our WAH page (added to the footnote indicating teams wearing white for a full season).
Also, to confirm that the Niners did wear red in the preseason, that was also done. Of the 6 preseason games, the Niners wore red on two occasions; 8/21 against the Chargers in Honolulu and 9/4 against the Rams at the Coliseum. The other 4 preseason games the Niners wore white.
ALSO, the Niners NOB's were sans serifed as opposed to serifed as we currently have it.
So to sum up, these changes need to be made to the 1976 49ers display: 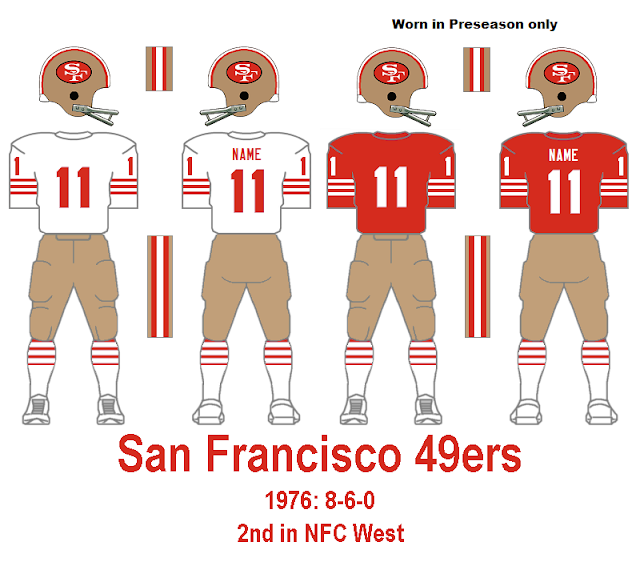 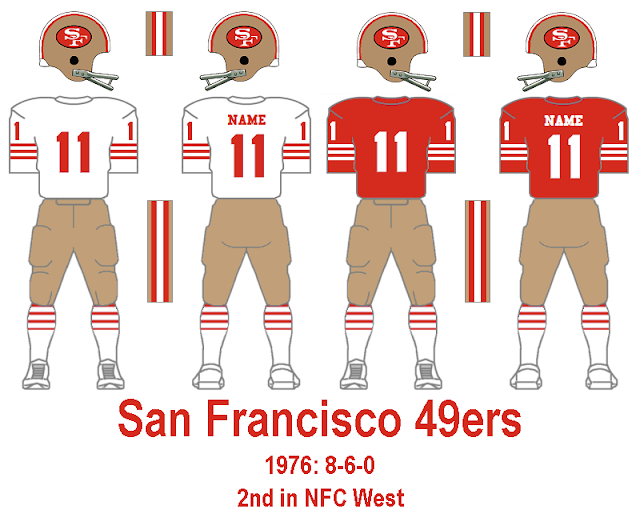