Moved NOBs higher on shoulders.
1970-73 long sleeve jerseys featured same 'lime' green numbers as in the 1960s.
Sleeves much shorter beginning in 1974 including 1 version that had no additional stripes below sections that held the TV numbers.
Curve-top ones disappeared after 1973. Replace by normal 'pro-block'.
New uniforms in 1978 were darker green 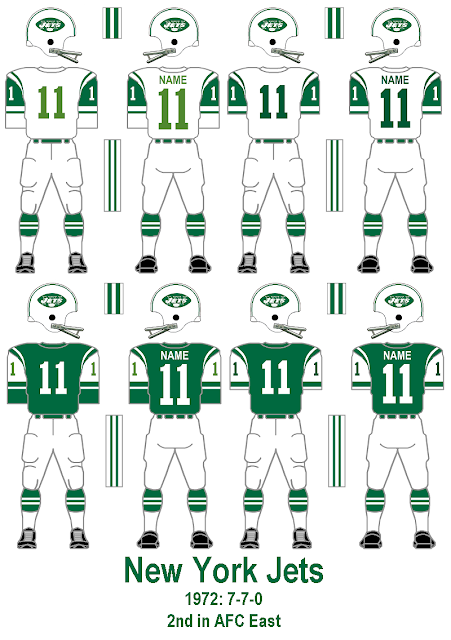 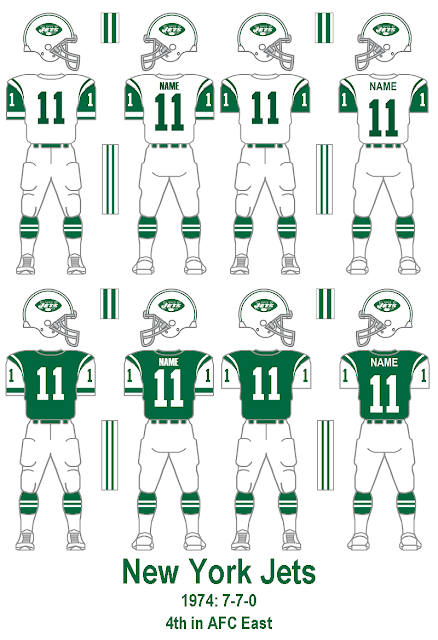 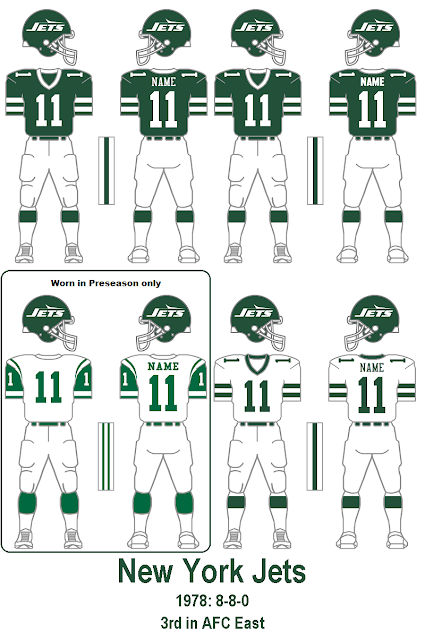 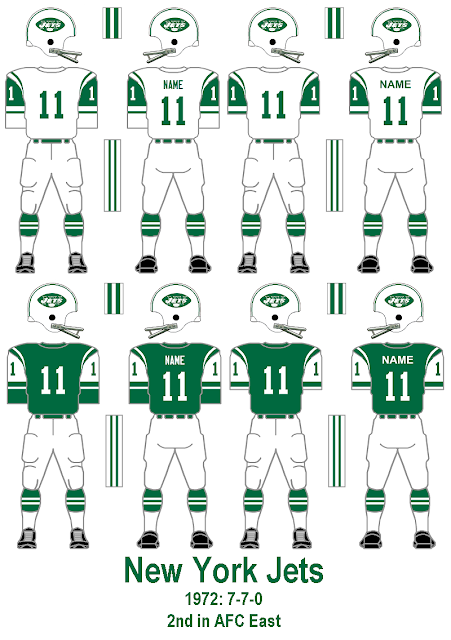 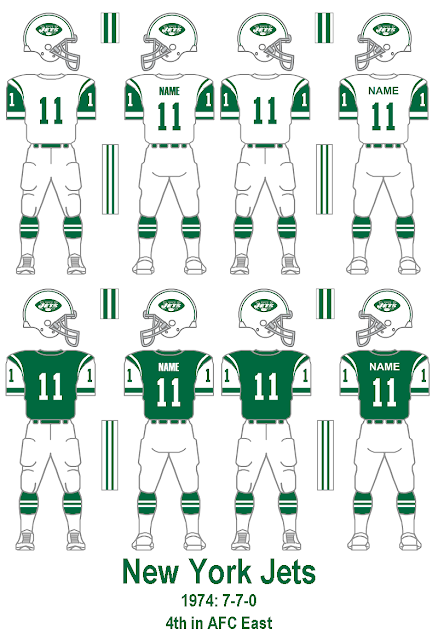 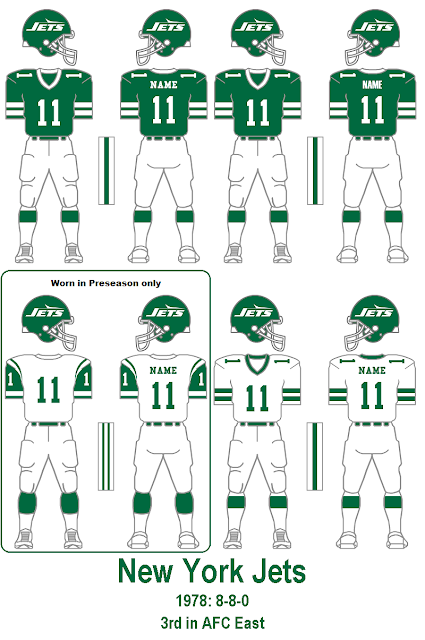