One version came to a deep point on the sternum and the other had a very shallow curving front just below the collar.
The shallow-front version had box-top 1s for the TV numbers.
Both versions were worn concurrently from the 1966 preseason through the 1968 preseason. 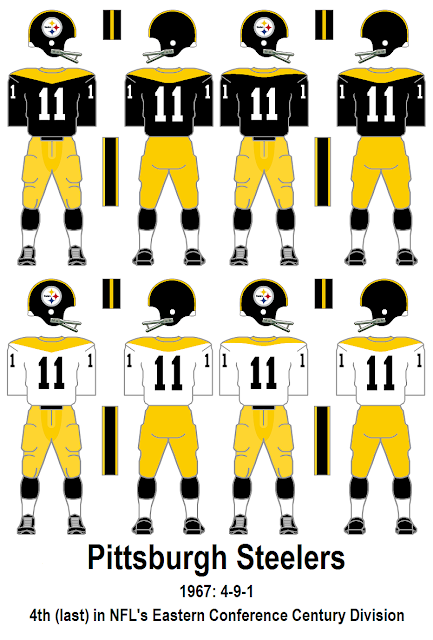 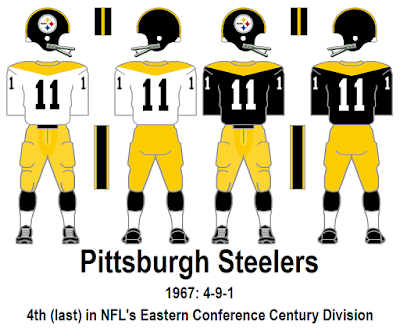