"- 1960: white pants, thin blue lightning bolts with yellow outline,
8 points on each side of the bolt, could be facing either direction
-  1961-65: white pants, yellow lightning bolts with blue outline,
thicker bolt with less pronounced points than 1960, 8 points each
side of bolt, the orientation changes over time - most instances
from 1961-63 have top point forward and bottom point rear
- 1964-65 are reversed with the top point rear and bottom point
forward (though there are occasional exceptions). They do not
seem to mirror one another left and right." 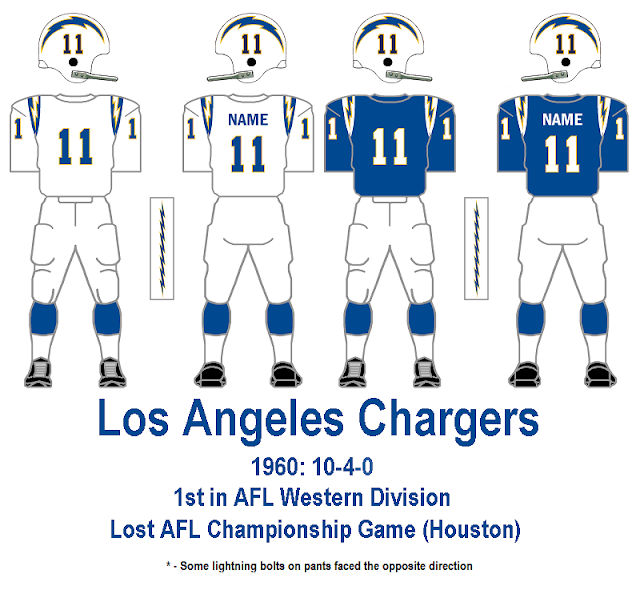 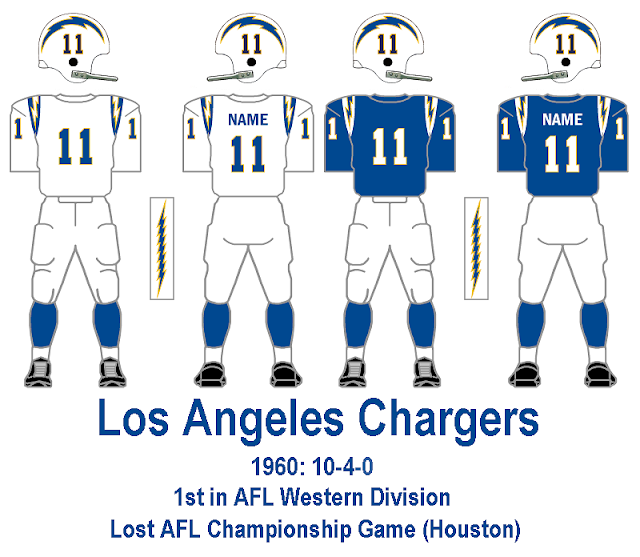