High white socks for 1977-87
Added authentic patch for 1984
Pants' lightning bolts improved as such...(research by Larry Schmitt)
"- 1977-78: improved high whites only
- 1979-83: faded yellow pants, white lightning bolt with
blue outline, the stripe the bolt is on is brighter yellow
than the pants, 7 points on each side of the bolt, similar
design as the 67-71 version. 79-80 orientation is has bolts
pointing down facing the front while '81-83 has the bolts
pointing up facing forward (though exceptions do exist)
- 1984: yellow pants with white lightning bolt on solid blue
stripe
- new bolt with elongated top and bottom points, 7 points
each side of bolt. Orientation finally uniform, top of bolt
points rearward, mirrored left and right.
- 1985-87: white pants with yellow lightning bolt and white
piping on solid dark blue stripe. new bolt, more compact
top-to-bottom, points on sides more jagged, 7 points each
side of bolt. This is hard to believe, but one year after they
finally fixed the orientation, it is random again! Top bolt is
sometimes forward, sometimes back!" 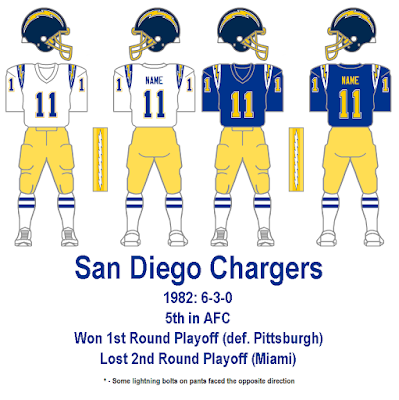 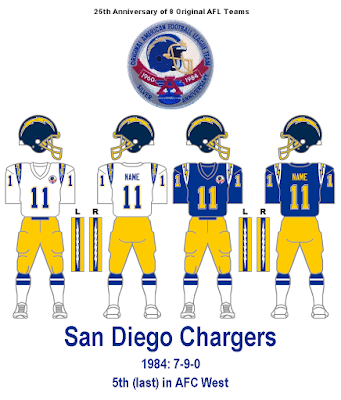 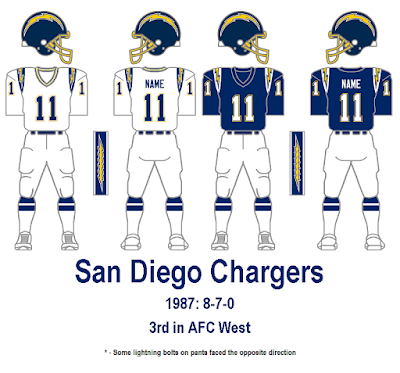 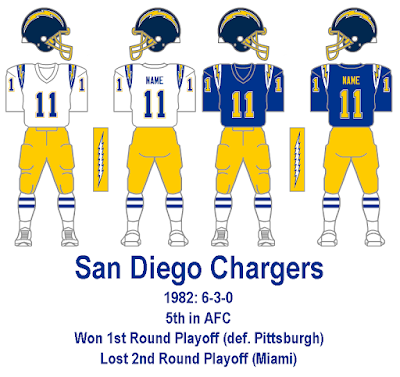 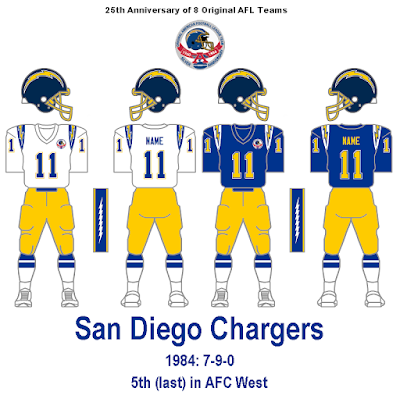 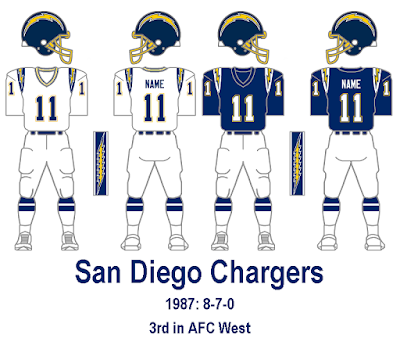